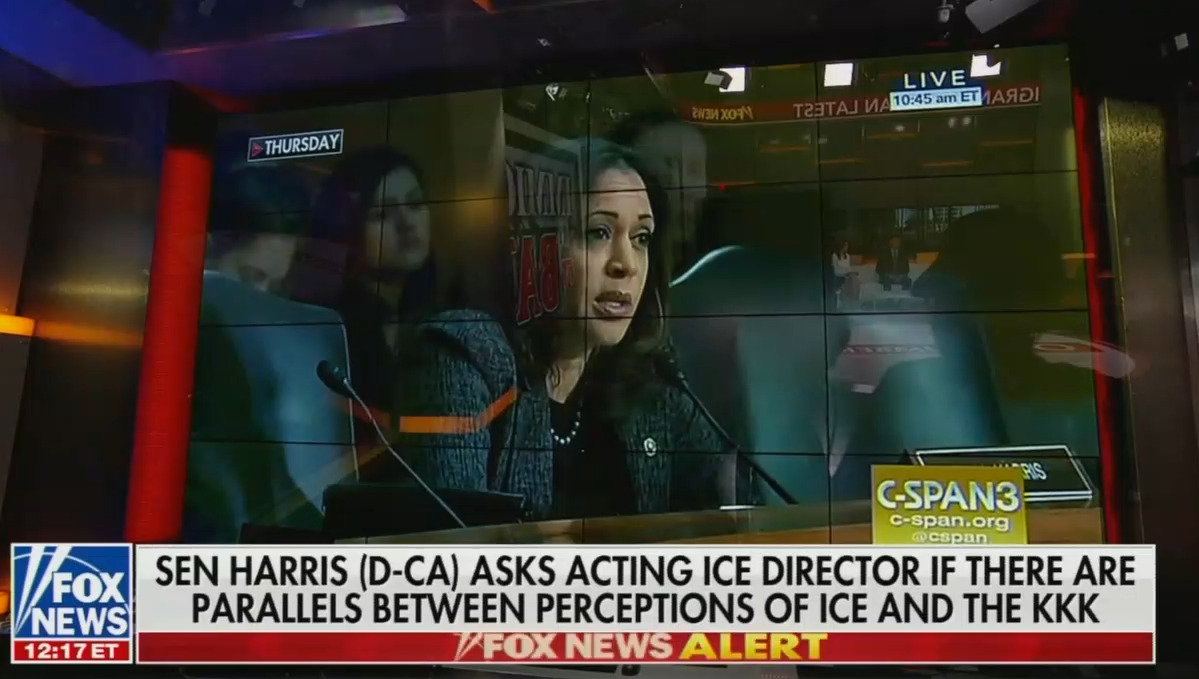 Under most circumstances, a sitting United States Senator and potential presidential candidate comparing a federal law enforcement agency to the Ku Klux Klan would be major national news. However, after California Democrat and 2020 hopeful Kamala Harris did exactly that during a Senate hearing on Thursday, the broadcast networks decided it wasn’t worth a single second of coverage.

During a contentious confirmation hearing exchange with Acting Immigration and Customs Enforcement Director Ronald Vitiello, nominated to become the permanent head of the agency, Harris grilled him about a tweet he sent out three years earlier labeling the Democratic Party “neo-Klanist.” Vitiello promptly apologized for the social media post and acknowledged that it was inappropriate.

Rather than accept his regret and move on to other topics, Harris instead prodded him about the Klan, even suggesting there were “parallels” between the racist domestic terrorist organization and ICE. After Vitiello described how the Klan used “fear and force” to terrorize people “based on race and ethnicity,” Harris wondered: “And are you aware of the perception of many about how the power and discretion at ICE is being used to enforce the law and do you see any parallels?”

None of the Big Three networks (NBC, ABC, CBS) bothered to mention Harris’ offensive remarks during Thursday’s evening newscasts or Friday’s morning shows. MSNBC and CNN were also silent on the scandal during the same 24-hour period.

Only Fox News provided air time for the story, discussing it on multiple shows both Thursday night and throughout the day on Friday, including on Outnumbered in the 12:00 p.m. ET hour: