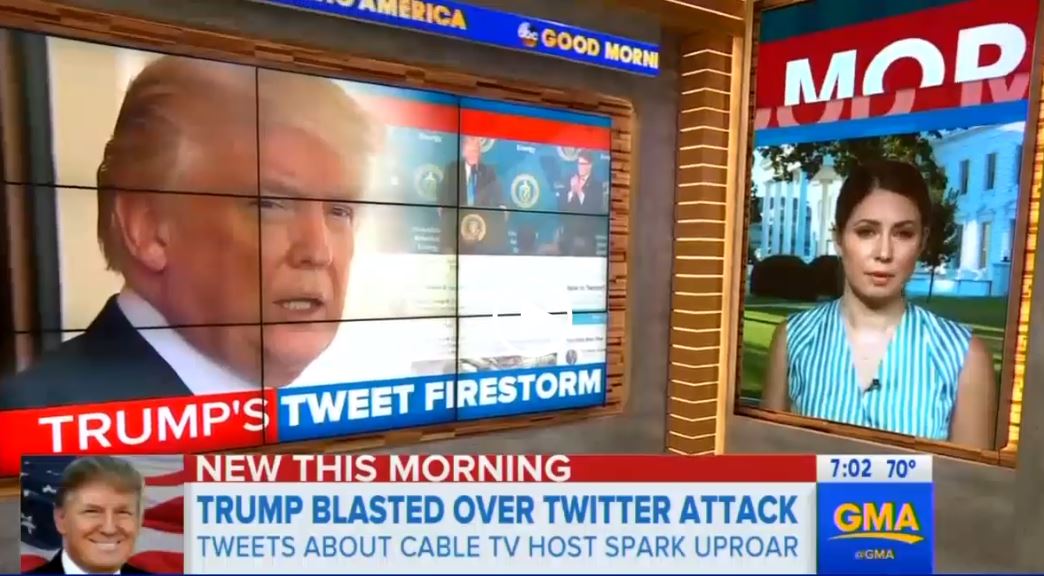 Friday morning’s broadcasts amped up the outrage over the Presidents tweets, with a stunning 24 minutes 17 seconds on the topic. All three led with the story. Only CBS This Morning mentioned the pair of immigration polices in a 28-second news brief during the 7:30 a.m. ET hour from fill-in co-host David Westin:

The Washington Post reports the House passed two bills that crack down on illegal immigration. Kate’s Law steps up prison sentences for convicted criminals who reenter the United States illegally after having been deported. And the No Sanctuary for Criminals Act bars sanctuary cities that do not cooperate with I.C.E., that’s the Immigration and Customs Enforcement Agency, from receiving many federal grants. It also leaves them vulnerable to liability in lawsuits from victims of illegal immigrants’ crimes. Both bills require passage now in the Senate.

While neither ABC’s GMA nor NBC’s Today bothered to inform viewers of the legislative push on immigration, both shows found plenty of air time for the Twitter fight. GMA featured a whopping 12 minutes 14 seconds on the controversy and Today offered 7 minutes 9 seconds.

In other words, the short shrift given to a Republican legislative accomplishment remained the same from the night before while denunciation of the President grew louder.

The obsessive tweet coverage was brought to viewers by Honda, Colgate, and Toyota.