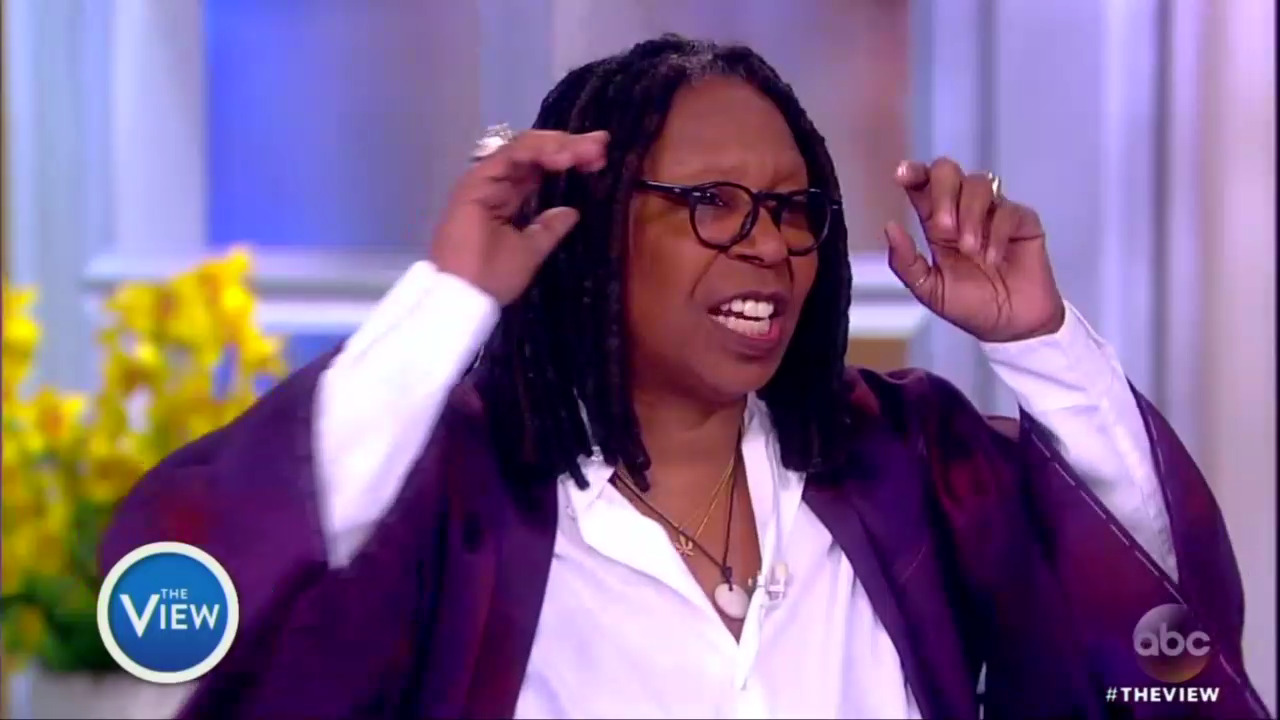 On the March 14 edition of the table’s “Hot Topics,” the co-hosts of ABC’s The View opened the show by having a heated argument over the nationwide walkouts happening in schools everywhere today, in protest of the Parkland school shooting. Lone conservative co-host Meghan McCain let the others lead the conversation for several minutes, saying she respected the students’ right to protest, before adding that she didn’t like how these protests and pro-gun people were being covered by the media.

As soon as McCain started to argue her view, co-host Whoopi Goldberg kept shutting her down, saying she was entirely wrong on the reason for these protests.

The argument started when mid-conversation, McCain said she wondered how teens from red states and “gun country” felt about these protests. Whoopi immediately defended the protests as completely separate from an anti-NRA narrative.

“No one is pointing fingers at the NRA. This is not about the NRA,” she argued, adding that the kids just want adults to “fix” gun violence. She went on to complain that some schools were barring students from walking out and this was against the students’ constitutional right to protest.

From there, McCain jumped in to get more vocal. She brought up that the media coverage of these protests were ignoring students who were still against gun violence, but didn’t think banning guns was the answer.

“The CNN town hall, I thought, was a huge step backwards. I felt bad for the way it was handled. I thought it was really inappropriate and I want to have more conversations that are civil,” she began.

“If you're a student that's more like Kyle [Kashuv], if you don't want to walk out, it’s not that you’re-- no one is for gun violence,” McCain added, citing the conservative Stoneman Douglas High School student who supported the Second Amendment.

As McCain started to note that the students getting “the most attention” from the media were the ones who were “very, very vehemently anti-NRA,” Whoopi tried to shush her.

“But that's not what this is! Let's stick to what this particular March is today,” Whoopi interrupted McCain. “It’s not political!” she stressed, insisting there was no political agenda behind these anti-gun walkouts.

The rest of the panel jumped in to argue that “everyone could agree” we didn’t need “military style” weapons like “AK-47s” around. Co-host Sunny Hostin gushed, “Less people die when you don’t have those types of guns accessible to citizens. We don’t need them. Just my opinion,” she argued.

McCain tried to point out to the panel that these protests were protecting the First Amendment but were dismissing the Second Amendment.

“That’s not what these guys are saying!” Whoopi rose her hand to the ceiling, trying to control the narrative again.

“We just had AR-15s being banned, brought up on this panel!” McCain rebutted, signaling to Hostin.

“The Second Amendment is not all inclusive!” Hostin defended her belief. But Whoopi kept trying to interrupt. “This is not--it’s not you know, these kids--”she spoke over the arguing hosts.

“It actually is,” McCain said, responding to Hostin. “No it’s not. I learned differently in law school,” Hostin snippily responded with an irritated smile on her face.

“Excuse me!” Whoopi shushed the pair. “Kids are marching outside because they feel like they are being cut down and no one is doing anything,” she pounded her fists on the table, repeating herself a few times more before cutting to commercial break.