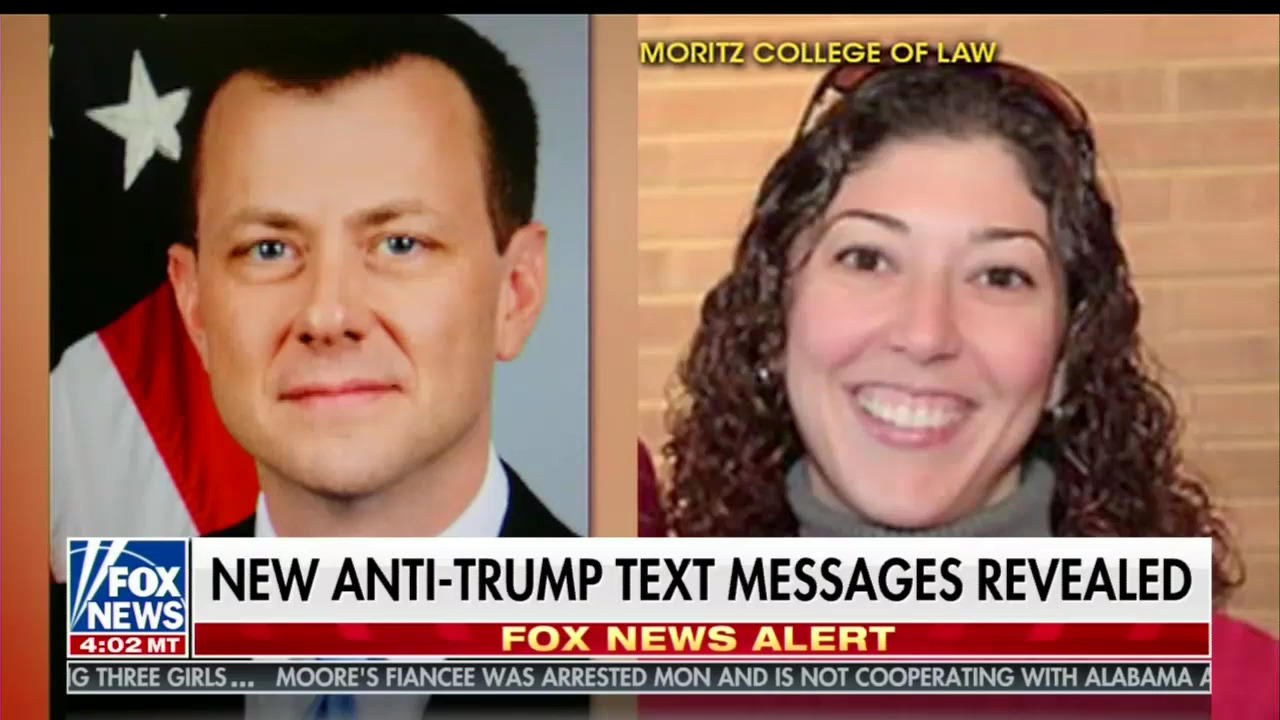 ABC, NBC and CBS all ignored a bombshell report released overnight by Senator Ron Johnson (R-Wis.), Chairman of the Senate Homeland Security Committee, which revealed more critical evidence concerning how the FBI handled the Hillary Clinton e-mail probe. The Committee also released more damning text messages between FBI agents Peter Strzok and Lisa Page which showed an intention by the agents to find evidence to impeach President Trump as well as the news that President Obama wanted to be involved in the Clinton e-mail investigation.

Though none of the networks covered the shocking new report or texts February 7, Fox News reported on its contents to open the first hour of Fox and Friends this morning.

According to Fox, Page wrote to Strzok on Sept. 2, 2016, about prepping then-FBI Director James Comey for a meeting with President Obama about their investigation into the Clinton e-mails.

That text can be found on page 356 of the large database of texts released by the committee, along with their report entitled, “The Clinton Email Scandal And The FBI’s Investigation Of It.”

The previous texts mention having a meeting about preparing talking points for Comey to give to Obama. The text in question simply states that they are having the meeting “because potus wants to know everything we’re doing.”

This text clearly suggests that Obama was involved in some form into the FBI email probe, which is shocking news, if true.

Especially considering how President Obama has adamantly denied ever being involved in FBI investigations, and specifically the Clinton probe, multiple times, calling it a “sensational” claim in the press conference below:

But that’s not all. Several texts between the pair suggest they were using their positions at the FBI to find a way to impeach Trump.

A text exchange on August 15, 2016 talked about having an “insurance policy” in place in case Trump was elected. The pair gushed on election day that it was “F***ing terrifying” and “depressing” that Trump won the election. Just a week later, Page wrote, "I bought all the president's men [sic]. Figure I need to brush up on watergate [sic]."

The next day, she again wrote to Strzok, “God, being here makes me angry. Lots of high fallutin’ national security talk. Meanwhile we have OUR task ahead of us.”

The Senate report also found texts talking about the “risk” of a Trump presidency, “unfinished business,” and “an investigation leading to impeachment.”

Texts from Strzok to Page talk about being able to “smell Trump voters” in a Southern Virginia Walmart, and in one on November 4, 2015, Strzok called Virginians “ignorant hillbillies” for rejecting Democrat Jill McCabe for state office, (the same McCabe who is wife to the former acting director for the FBI, Andrew McCabe.)

If all of that wasn’t enough, the accompanying Senate report also found that the FBI sat on information regarding the Clinton e-mails. One text from Strzok in September of 2016 mentions the FBI having access to thousands of e-mails from Huma Abedin, found on Anthony Weiner’s computer, a full month before Director Comey announced he wanted to re-open the Clinton e-mail investigation.