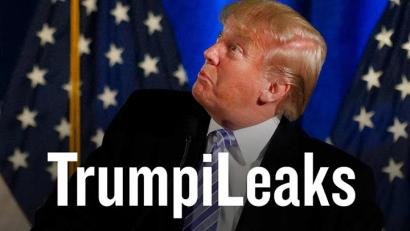 In an open letter to the left-wing Huffington Post, Moore revealed the new project and urged his liberal fans to “act.”

“We’re running out of time,” Moore whined, calling the sharing of national secrets to the media “our patriotic duty.”

On the site, he repeated this call to “patriotic” Americans to reveal anything they had on President Trump:

This site provides the most high-powered encryption technology to enable courageous whistleblowers to privately communicate with me and my team. Patriotic Americans in government, law enforcement or the private sector with knowledge of the crimes, lies and general misconduct committed by Donald J. Trump and his associates are encouraged to blow the whistle in the name of protecting the United States of America from tyranny.

The webpage, which is a part of his larger personal website, gives multiple options for users to send information to Moore, through three different phone apps, two types of e-mail or postal mail.

This is just the latest string in Moore’s many failed, pathetic attempts to bring down the president, whom he calls a “madman.” There was the anti-Trump Broadway play he starred in, the anti-Trump music video he directed, the anti-Trump protest calendar he made, and the anti-Trump movie he recently started making with Harvey Weinstein.