As predicted, Monday’s Supreme Court ruling 5-4 in favor of Hobby Lobby, Conestoga Wood Co., and other family-owned businesses who filed against the contraceptive requirements provided in the HHS Mandate raised howls of outrage from the left. American women were being thrust back into the Dark Ages of 2009, yada yada yada. Many lefties took to Twitter to spew hate. 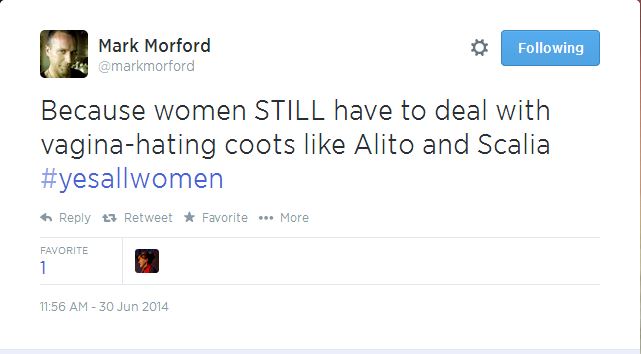 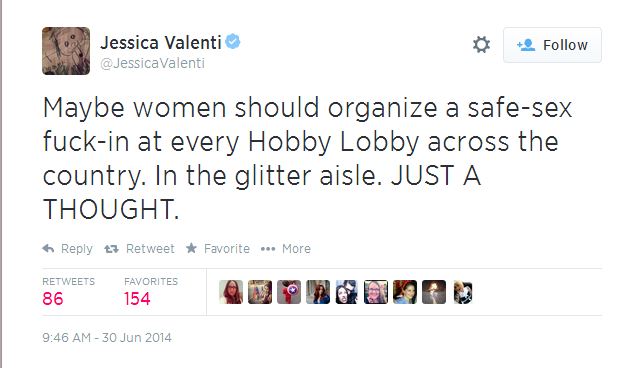 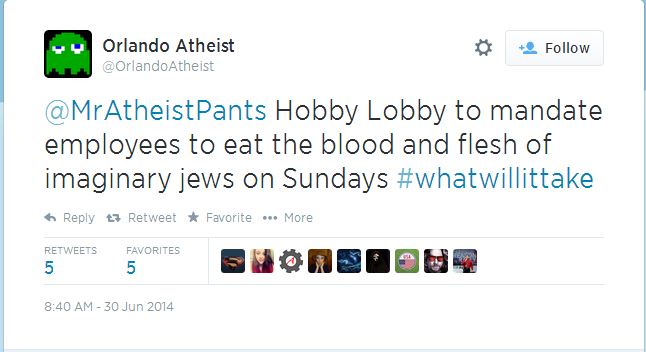 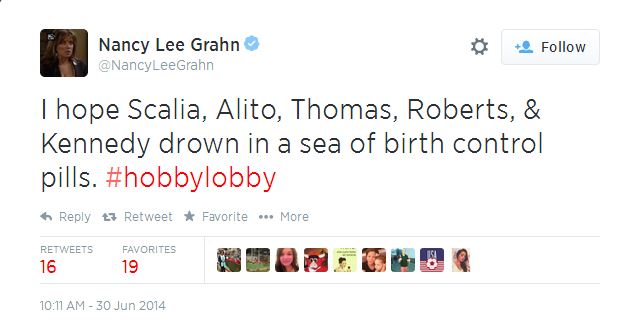 It’s pretty easy to ignore anguished and angry tweets. But many liberals on Twitter perpetuated falsehoods about the rulings. They shouldn’t be ignored. They should be countered. Here are three of them.

The easiest spin on the case was to frame the discussion away from religious rights, and make it a case of women’s rights. Feminists, liberal reporters, and even the White House got on the bandwagon for this one. The hashtag #NotMyBossesBusiness trended with the misleading message that employers were preventing their female employees from accessing birth control. 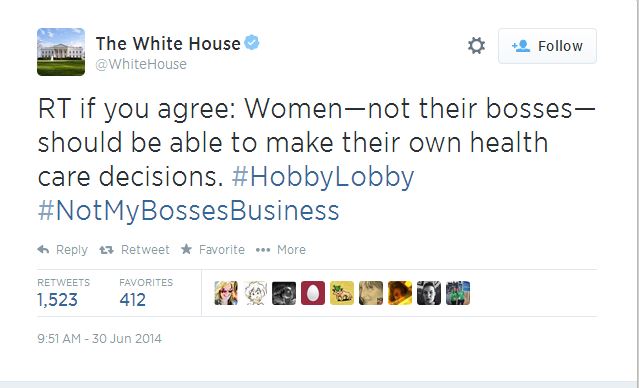 Upon news of the ruling, MSNBC contributor Jimmy Williams tweeted, “Five men just told women all across America that their employers decide anything they want about their bodies.” A slight exaggeration? 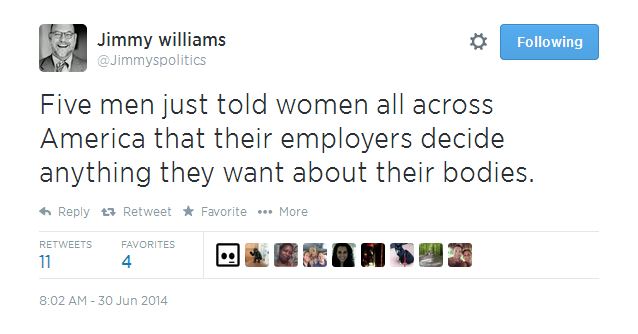 As Gabriel Malor of The Federalist wrote, “In the Bizarro World of the newspapers, not paying for someone else’s contraception is the same thing as prohibiting them from purchasing and using them themselves.”

Liberals seemed to miss the sticking point of this case: female employees of privately-owned businesses are not being forced to give up birth control; rather, the ruling gives business owners the right to not provide certain types of contraceptives in their insurance plan that they deem morally objectionable. Furthermore, businesses like Hobby Lobby already give their employees access to 16 different types of contraception in their employees health care plan. Which brings us to the next lie being spread by liberals on Twitter and elsewhere.

Lie #2: Conservatives are prudes who want to take away access to all contraception, which is a healthcare issue for many women.

Another argument making it’s rounds was that conservatives and religious organizations are trying to stop women from having sex, but that’s not the only reason women use contraception. While it is true that women use birth control for a variety of hormonal conditions, in this case Hobby Lobby already covered several different types of hormonal contraception, they were only objecting to 4 types of abortifacient pills, required under the HHS mandate. Hobby Lobby refused to pay for "morning after" abortion pills, not standard birth control.

Extreme feminist Amanda Marcotte who has compared getting an abortion to getting a cavity, retweeted classy lefty Twitter troll, “Religion is now only about unapproved fucking.”

MSNBC’s Ed Shultz retweeted DC Debbie, who proudly called herself, “the top twitter influencer by Yahoo News” with over 25,000 followers,” who condescendingly tweeted, “People who think birth control is only for sex has never heard of polycystic ovarian caner. PS: YOU’RE NOT A DOCTOR so shut up.”

DC Debbie also tweeted, “What’s the difference between the Taliban and Hobby Lobby? One believes their religion should rule over anyone else’s, the other is the Taliban.” Hmm, who’s the unreasonable one now?

Lie #3: Now any employer can claim religious objections to healthcare provisions in their plans

First of all, Alito wrote that vaccinations and blood transfusions were exempt from this ruling, and neither does the ruling “provide a shield for employers who might cloak illegal  discrimination as a religious practice.” While liberals tried to make this a religious-rights-slippery-slope, the court carefully restricted this ruling to just employer-provided contraception.

Still, the Left’s hate for religious corporations was out in spades. All over Twitter, the case was mocked for it’s “religious bigotry.” 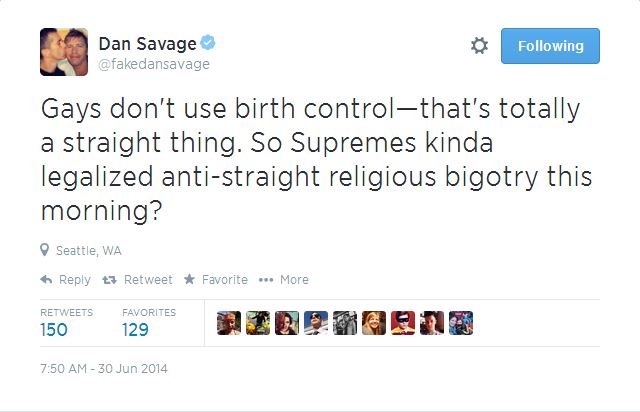 Liberal comedian and MNSBC fave John Fugelsang got to recycle a gag that wasn't too funny the first time.

John Legend provided the much needed pop star take on the ruling, retweeting a conservative trolling account which wrote, 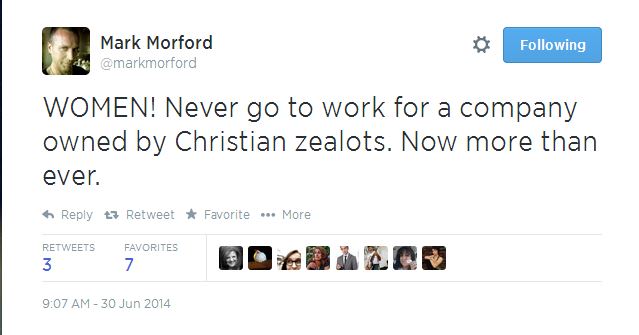 Of course there was plenty more just plain hate on Twitter, from liberals calling to “burn down” Hobby Lobby stores. Hell hath no fury like a liberal denied a government goodie.