Google is removing Web search ads for some "crisis pregnancy centers," after an investigation by NARAL Pro-Choice America found evidence that the ads violate Google's policy against deceptive advertising.

According to an analysis by NARAL, 79 percent of the crisis pregnancy centers that advertised on Google indicated that they provided medical services such as abortions, when, in fact, they are focused on counseling services and on providing information about alternatives to abortion.

According to the advocacy group, which presented its findings to Google after monitoring the ads, the crisis pregnancy centers intentionally used false and misleading language on ads that appeared when users searched for "abortion clinic."

Google policy states that advertisements must be "factually supportable," as well as truthful and accurate. Advertisers who do not comply with Google policies may see their ads rejected or their domains disabled or accounts suspended.

Google said in a statement that it had applied its ad policy standards in this case and followed normal company procedures.

Tsukayama failed to get any comment from pro-life groups or crisis pregnancy center owners/operators for her story, something she would do well to do for a follow-up piece.

Certainly Google -- unofficial slogan "Don't be evil" -- is within its rights to scotch any advertisers who violates their standards of use. That said, it's perfectly sensible that a crisis pregnancy center would want to run advertisements when folks are looking for "abortion clinics" because, well, the whole idea is convincing a prospective abortion clinic client that she would be better off with an abortion alternative like say adoption or by getting set up with various pre-natal health services to better care for her unborn child prior to delivery.

At any rate, it's undeniable that this is a huge victory for NARAL when it comes to their fundraising and donor relations. A liberal-leaning tech company gave in to abortion-lobby pressure.

It remains to be seen how much legacy media attention this story gets, if any, but, quite honestly we don't expect any tough questions of the folks in the abortion industry over this effort to scrub crisis pregnancy center ads from the world's most iconic Internet search engine. 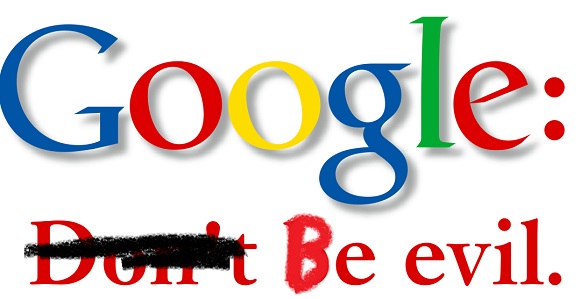