Fort Hood shooter Maj. Nidal Hassan is still drawing his military paycheck while the Defense Department has refused to deem Hassan's victims as suffering combat-related wounds, which would entitle them to Purple Hearts and additional pay and benefits to aid the cost of their rehabilitation, Scott Friedman of Dallas, Texas, NBC affiliate KXAS reported on Wednesday morning. [watch the original KXAS report below the page break]

Yesterday, native Texan and MSNBC anchor Tamron Hall aired Friedman's report on her NewsNation program in her "Gut Check" segment in which she asked her viewers to weigh in on her Facebook page, "Should the Pentagon designate the Fort Hood shooting a terrorist attack?" [For their part, 76 percent of her viewers agreed that it should.] Although this is a pretty compelling report, at time of publication, neither NBC's Nightly News nor Today programs have aired the story.

Additionally, it seems none of the primetime programs on MSNBC last evening picked up on the story.

This afternoon, to his credit, CNN's Jake Tapper did a brief anchor read item in the final segment of his program The Lead in which he noted Hassan is still being paid by the Army while he awaits trial.

Tapper did not, however, mention the financial difficulties that some of Hassan's victims are facing nor the Pentagon's refusal to classify the shooting as a terrorist attack but rather an incident of "workplace violence." 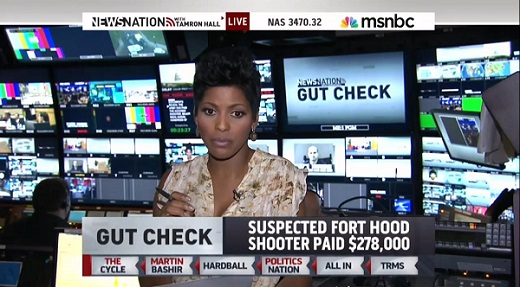 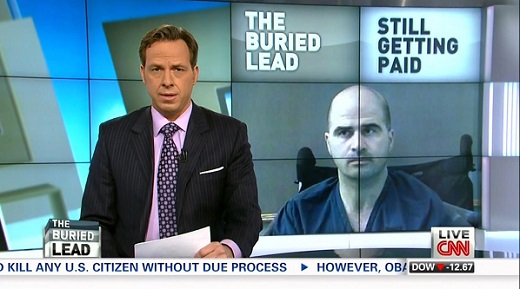