Pro-Life Billboard Towers Over Planned Parenthood – For One Day

Jackson Right to Life, in Michigan, followed all the rules when renting billboard space next to the Jackson Planned Parenthood.

So just as quickly as the billboard went up, on June 9, it came down the next day. Adams is offering Jackson RTL other locations, and on the advice of attorneys Jackson RTL is accepting Adams’ offer and moving on.

But the snafu was all worth it for the amazing photo op, eh? 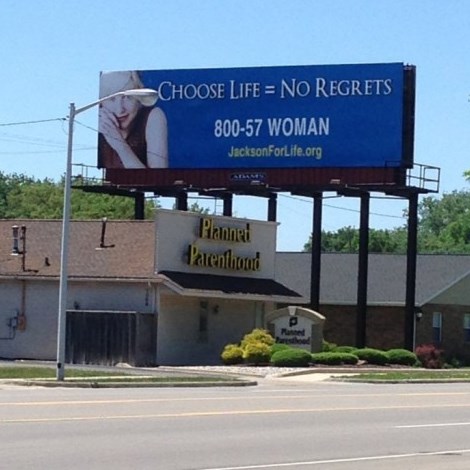