Time Magazine and the Manipulation and Abuse of Truth 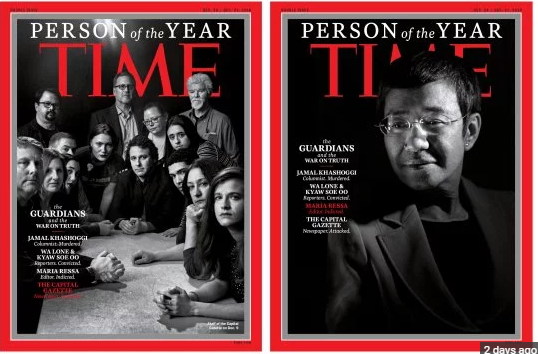 So what else to do but take a serious look at the Guardians of “the manipulation and abuse of truth” by the media.

Recently, Time magazine made its annual announcement of its “Person of the Year.” Here is the description of this as provided by the Huffington Post:

“Time magazine on Tuesday announced a group of journalists it called “The Guardians” as 2018 Person of the Year, referring to individuals “who have taken great risks in pursuit of greater truths.”

‘As we looked at the choices, it became clear that the manipulation and abuse of truth is really the common thread in so many of this year’s major stories ― from Russia to Riyadh to Silicon Valley,’ Felsenthal said.”

President Trump was the runner up, with Special Counsel Robert Mueller coming in third.

Okay. Fine. This selection, as always, is subjective. But let’s focus on the irony of that statement from the Time editor in chief, Edward Felsenthal. Again, note that he says this, without the slightest sense of irony:

“As we looked at the choices, it became clear that the manipulation and abuse of truth is really the common thread in so many of this year’s major stories ― from Russia to Riyadh to Silicon Valley.” 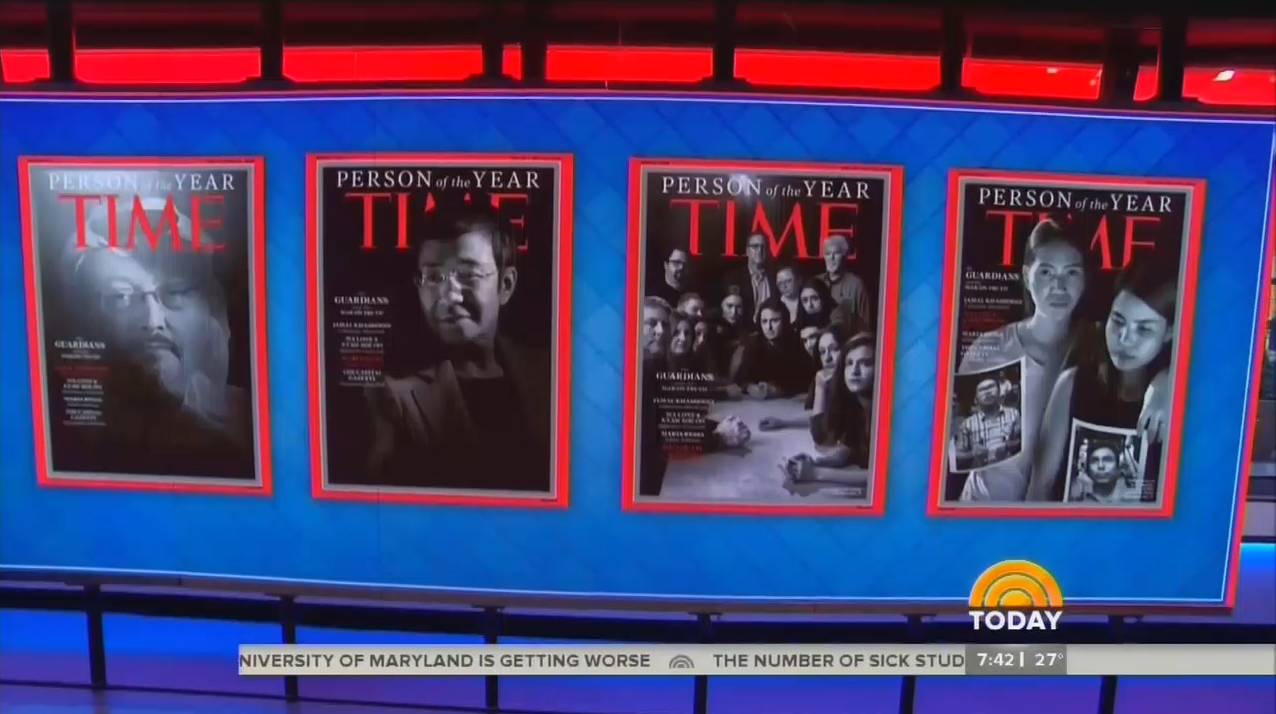 So the manipulators and abusers of truth are to be found in Russia, Riyadh and (gasp!) Silicon Valley. Anywhere else, Mr. Felsenthal? Apparently it did not occur to add New York and Washington to the list. You know, cities that are home to journalistic outlets like, well, Time magazine.

Let’s hop in the time machine and travel back through the pages of NewsBusters to see what we learned about Time magazine and the manipulation and abuse of the truth. We will make two stops, here in December of 2016 and here in February of 2017.

The first piece is by our colleague Scott Whitlock. The irresistible headline was this: “Time Person of the Year Obama Was ‘Obi-Wan Kenobi’; Trump Is a ‘Demagogue.’”

Yes, you read that right. Scott began by reporting this:

“What a difference a Person of the Year can make. In 2008, Time journalists hailed their choice, Barack Obama, as an ‘Obi-Wan Kenobi’ Jedi and cheered, ‘Why History Can’t Wait.’ In contrast, 2016 Person of the Year Donald Trump is an ‘outlandish’ ‘demagogue.’ The Obama cover featured the now cliched hope poster. Trump’s image read, ‘President of the Divided States of America.’

The December 19, 2016 issue, written by Michael Scherer unloads, ‘No presidential candidate in American history had done or said so many outlandish and offensive things as Trump. He cheered when protesters got hit at his rallies, used sexist insults for members of the press.’

The journalist concluded, ‘This is the method of a demagogue. The more the elites denounced his transgressions, the more his growing movement felt validated.’”

A couple months later, after Trump had been in office barely a month, I took note of the same phenomenon, headlining: “Spiro Agnew's Media Legacy: Trump, Obama and Time Magazine.”

After taking note of the same thing Scott had observed - Time had literally called Obama Obi-Wan Kenobi, the heroic Jedi knight from Star Wars, while disdaining Trump as a demagogue leading a pack of racists and misogynists - I went on to take note of exactly when this kind of disconnect between Americans and media elites began to seriously surface. I traced it back to the in-the-day famous speech of President Richard Nixon’s number two, Vice President Spiro Agnew. Agnew had ventured into the American heartland - Des Moines, Iowa - on November 13, 1969.

In a speech to the Mid-West Regional Republican Committee Meeting in Des Moines, Iowa, Agnew did something that in the day was completely new: he took on the elite liberal television media head on, calling them out for their biased reporting. The speech was then and remains now an important one, so here is a link to the entire text if you are interested.

But in terms of today and the current Time editor in chief’s assertion that there is a problem with manipulation and abuse of the truth “from Russia to Riyadh to Silicon Valley,” take a look at what Agnew was identifying as a serious media problem in 1969 - a full 49 years ago.

After examining the power of the television media in 1969 - and remember at that point in time serious television news had been around barely twenty years and there were only three broadcast networks, ABC, CBS and NBC - Agnew zeroed in on the geographic not to mention psychological locales of the media problem. (Public television’s infant PBS would not begin in its current format until October of 1970, almost a full year after Agnew’s speech.)

“Now what do Americans know of the men who wield this power? Of the men who produce and direct the network news, the nation knows practically nothing. Of the commentators, most Americans know little other than that they reflect an urbane and assured presence, seemingly well-informed on every important matter. We do know that to a man these commentators and producers live and work in the geographical and intellectual confines of Washington, D.C., or New York City, the latter of which (New York Times columnist) James Reston terms ‘the most unrepresentative community in the entire United States.’

Both communities bask in their own provincialism, their own parochialism. We can deduce that these men read the same newspapers. They draw their political and social views from the same sources. Worse, they talk constantly to one another, thereby providing artificial reinforcement to their shared viewpoints. Do they allow their biases to influence the selection and presentation of the news?”

Agnew’s answer to his own question about liberal bias was, of course, yes. This appears to be the first serious public mention of a problem that is now much noted - except by Time’s current editor in chief. The hard fact of life, whether in 1969 or 2018, is that New York and Washington are right up there with Russia, Riyadh and Silicon Valley when it comes to manipulating and abusing the truth. As those two very different Time magazine cover stories of Presidents-elect Obama and Trump so vividly illustrate.

This, in short, is why one finds headlines like this one from Politico in September of 2016 - notably when the Trump-Clinton election was heating up. The headline: “Gallup poll: Public confidence in media falls to all-time low.”

And two years later, in June of 2018, Axios was noting the same problem was still very much ongoing. The Axios headline: “New Axios Poll Shows Trust In The Media at an All-Time Low On Both Sides Of The Aisle.”

“A new poll by Axios and Survey Monkey has confirmed what has become increasingly apparent: a large number of Americans believe that the mainstream media is intentionally spreading fake news.”

A suggestion for Time magazine and editor in chief Mr. Felsenthal? Perhaps - just perhaps - Time should be examining the manipulation and abuse of the truth by American media outlets and Guardians of liberal media bias based not in Russia or Riyadh or even Silicon Valley. Try taking a serious look at this problem coming out of places like New York and Washington. Maybe even - gasp! - at Time magazine itself!

One doesn’t have to be a Jedi knight to spot the real problem.