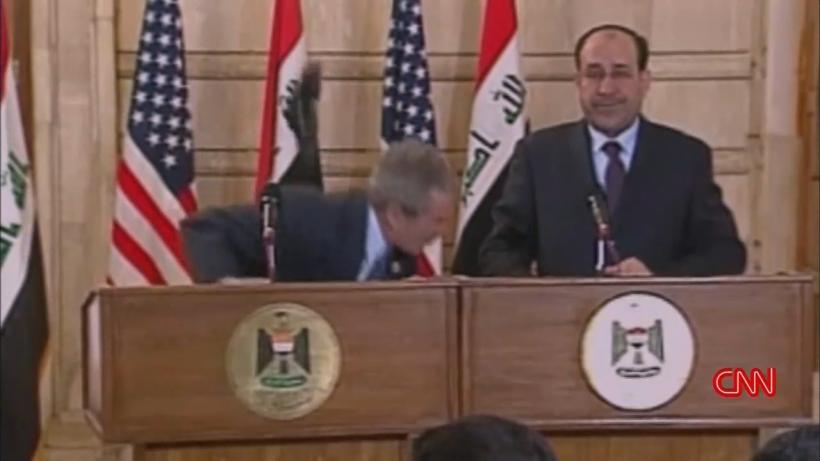 Kick Him While He’s Down: CNN Closes by Lambasting Bush Failures

This exhausting hour-long episode of The 2000's still had one final segment left before some reflections on the Bush presidency.

Trips down memory lane included the 2006 midterm elections, the troop surge in Iraq, Bush having shoes thrown at him by an Iraqi journalist, and his approval ratings sinking into the twenties.

“The combination of the long-range disaster that was the Iraq war, with the manifesting competence that was Katrina, with the huge global catastrophe that was the financial crisis leaves him utterly tattered as a historical figure when he walks out of office,” NBC’s John Heilemann explained.

The hour concluded with three takes from Williams, author Lawrence Wright, and conservative commentator Pat Buchanan and only could the thoughts from the first gentlemen be considered positive as he ruled that “history will be far kinder to George Bush than Americans were toward the close of his term.”

It’s safe to say that, when CNN decides next year or so to rush through with a series on the 2010s, the final moments of an episode on the Obama presidency won’t focus on scandals involving the IRS, ObamaCare, Solyndra, or the Department of Veterans Affairs.