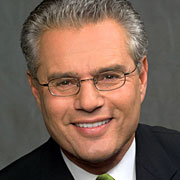 USA Today media writer Peter Johnson reports that CBS News is not about to give up investigative journalism despite the increasing sceptism that genre endures.

CBS News' "48 Hours" recently had to apologize to a Missouri newspaper for changing a front page photo onscreen and claiming it came from the Columbia Daily Tribune.

The Politics of Skating at the New York Times, Continued

By Ken Shepherd | February 27, 2006 10:23 AM EST
Ken Herman of Cox Newspapers, quoted in The New York Times today about cameras in the White House briefing room:

If you look in the dictionary next to 'disgruntled', expect to find a photo of former FEMA Director Michael Brown. As the Today show graphic read, "Michael Brown Blames White House," and NBC Nightly News host Brian Williams was there to record every embittered word, with nary a nuanced question that might have probed Brown's account of the federal response to Hurricane Katrina.

By Tim Graham | February 27, 2006 6:35 AM EST
The most transparently obvious way of displaying liberal bias is to take an issue like an abortion, and suggest the conservative side is extreme, while describing the liberal, abortion-on-demand side without a label, as reasonable, almost non-ideological. Newsweek's that obvious in this week's issue, carrying the headline:

Is the Air America Radio Bailout a Violation of Campaign Finance Laws?

By Tom Blumer | February 27, 2006 12:40 AM EST
At the very end of this post on January 27, I asked this question about Air America Radio (AAR), which at the time was surviving by the good graces of one rich guy's wallet:

Are Al Franken’s ridiculously outsized earnings (including a LOT of money up-front) from a network that is funded by one guy a “clever” way of circumventing campaign-finance law and underwriting a possible Franken run for the US Senate in Minnesota?

A particularly dour report on the situation in Iraq aired on this evening's NBC Nightly News (Sunday, February 26, 2006) (link with video). This is nothing new, but the last 20 seconds of the report featured remarks from a man named Nir Rosen, whom NBC innocently identified as an "Iraq analyst." Not surprisingly, Rosen is far from an impartial observer.

The Weekly Standard investigated Rosen's agenda months ago. In a "Scrapbook" article a few months back, the Standard noted that Rosen authored a September 2005 piece for UPI called, "Outside View: The Small, Daily Abu Ghraibs." The thrust of the article (emphasis mine),

"In Iraq, America is attacked because it is a brutal occupier, humiliating Iraqis, destroying villages, arresting, beating and killing countless innocent men, women and children. 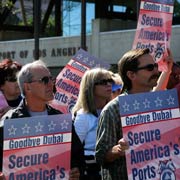 “Well, I think to some extent the entire parameters of the story were set by the initial AP story that Glenn Reynolds [of “Instapundit”] linked to on February 12. And what that was, was very simply an AP story that said the ports are being taken over by a Dubai company -- a Dubai-based company and that in the lead it said that two members of the -- two of the 9/11 hijackers had United Arab Emirates passports. And the same AP story had the attacks on the deal from Chuck Schumer.”

Kurtz then asked: “So you're saying that that was a loaded piece of journalism by The Associated Press?”

Looking back in hindsight at the AP article in question written by Ted Bridis, it is easy to see Shapiro’s point. Here’s the lead: 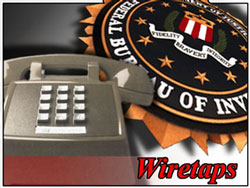 On Thursday, Harris Interactive released results from a poll conducted in the second week of February that will likely not receive much press attention. The headline of this survey read “Majority of U.S. Adults Feel President is Justified in Authorizing Wiretaps Without Court Approval to Monitor Suspected Terrorists.” The summary of Harris’s findings: “Although almost half (47%) of U.S. adults are not familiar with the National Security Agency program that involves monitoring communications of people in the United States suspected of having ties with terrorist organizations, a clear majority (69%) of U.S. adults believe that President Bush is sometimes or often justified in authorizing wiretaps without court authorization.”

Here are some of the survey’s key findings: 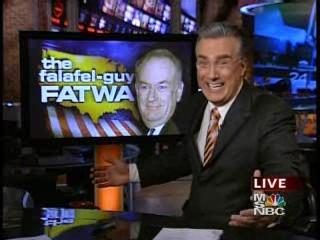 Too often, the media operate on a sort of "gentlemen's agreement" not to criticize each other so it's sometimes entertaining to see reporters and commentators step out of the "objective" pose, no matter how bizarrely.

TIME’s Joe Klein has become the second prominent member of the antique media in the past two days to come out in favor of the “sale” of American ports to Dubai Ports World of the United Arab Emirates. On Saturday, it was The New York Times’ Thomas Friedman. On Sunday, in an article highly critical of the Bush administration for a variety of issues, Klein dismissed concerns by most of his colleagues and party members regarding this transaction with pivotal questions: “Does anyone actually believe that the management suits in Dubai would run those ports any differently from the suits in Britain? Wouldn't the new Arab owners be even more conscious of security, since they wouldn't want their newly bought assets destroyed by terrorists?”

Logical questions, Joe, that your cohorts in the antique media have refused to consider. Fortunately, Klein offered answers as well:

Anyone who thinks Fox News goes too easy on Republicans would have to think twice after watching Chris Wallace's rugged cross-examination of GOP presidential hopeful Mitt Romney on this morning's 'Fox News Sunday.' Wallace cornered and confronted Romney until he was eventually forced to admit that his position on abortion had "evolved" in a manner that suggests political opportunism.

At a birthday party last night, a friend of mine mentioned how strong Gen. Tommy Franks was on Fox arguing against the idea that allowing the UAE to own ports is a security risk. The show was "Hannity & Colmes" on Thursday night, and Franks began by explaining his overview to Hannity (from the Fox online transcript):