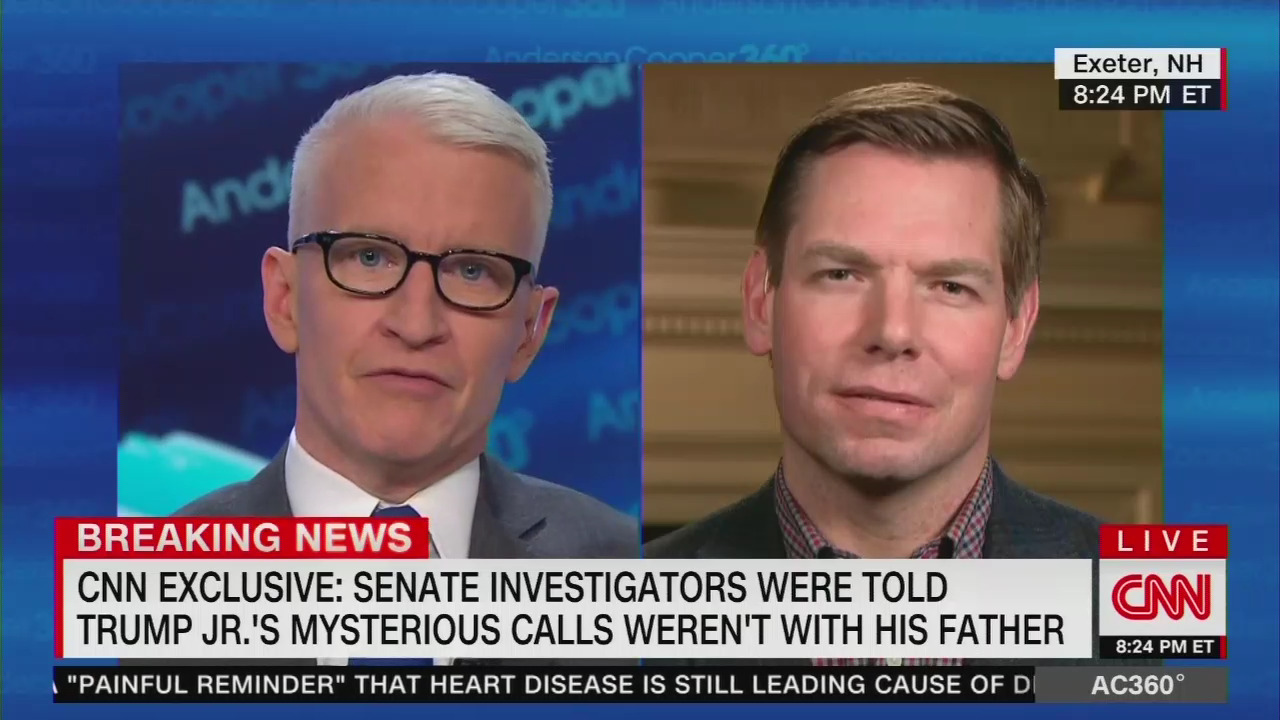 Show hosts and analysts alike were in a panic over at CNN Thursday evening, as all present struggled to spin a new development in the ongoing Trump/Russia saga that dealt a death blow to one of their pet narratives.

According to CNN’s own reporting citing multiple Senate investigators as sources, neither of the two phone calls to blocked numbers that Donald Trump Jr. made back in June of 2016 were to his father.

For those who haven't obsessively kept track of every new development in the Russia collusion saga, here's some context explaining why that revelation was significant (click "expand"):

Donald Trump Jr.’s phone records included calls with two blocked numbers that were made three days before he met with Russian lawyer Natalia Veselnitskaya in Trump Tower during June of 2016. Democrats on the Senate Judiciary Committee made quite a fuss about those phone calls after Trump Jr.’s private testimony in 2018.

In May of that year, Democrats on that committee argued in a report that if either of those conversations had been with then-candidate Donald Trump, that might help establish that Trump Jr. had informed his father about the 2016 meeting before it took place. That would have been a problem for Trump his son, as both had repeatedly insisted that then-candidate Trump had not known about the meeting until after it had taken place.

Back when the existence of these phone calls was first made known, CNN analysts spent a full day speculating about the disaster that would ensue for the Trump administration, if it turned out that one of those blocked numbers had been Donald Trump’s.

From 4:00 p.m. EST onward on Thursday evening, CNN talking heads took great pains to sternly remind viewers that this news did not mean Trump Jr. had not informed his father about the meeting by some means other than over the phone. For a sample of some of the evening’s most entertaining reactions, see the video below:

On The Situation Room, CNN justice correspondent Pamela Brown speculated: “There are other ways the meeting could have been communicated to Donald Trump,”

Later on that same show, a hopeful Wolf Blitzer sought confirmation for this theory from Representative Jim Himes (D-CT): “Have you seen any evidence, Congressman, that Donald Trump Jr. did contact his father in some other way, perhaps?”

Even after Himes responded with a flat denial, every subsequent discussion of the story on CNN that evening featured either guest or host making that same assertion.

However, the most memorable reaction came from counterterrorism analyst Phil Mudd, who delivered an admirably lucid soliloquty on CNN Tonight with Don Lemon during the 11:00 p.m. EST hour. Evidently fed up with seeing yet another narrative based solely on speculation collapse as more evidence surfaced, Mudd chided Senate Democrats for “hanging their hat” on “a couple of unidentified phone calls a few years ago” in the first place:

PHIL MUDD: Sure. But let me give you an eye roll-on this one, Don, at 11:11 p.m. on the East Coast. We are two-plus years into an investigation using the best resources in the Department of Justice and FBI.

The question is not simply malfeasance on the financial side. The question is whether there was a conspiracy like we've never seen with the Russians. And the Democrats are hanging their hat on unidentified, a couple of unidentified phone calls a few years ago? Are you kidding me?

“If I were them, I'd just hold fire,” he added, continuing: “This is not the time to say this is our solution, a couple of unanswered questions about phone calls a few years ago.”

Despite CNN’s incessant posturing as an unbiased, objective news organization, hosts were unable to conceal the very noticeable atmosphere of disappointment and begrudging acceptance that pervaded that evening’s coverage. But it did make for some good television.