By Tim Graham | May 25, 2006 8:30 AM EDT
In Thursday's Washington Post, political writer Libby Copeland highlights Lloyd Bentsen's 1988 debate insult of Dan Quayle in an article headlined "The World's Snappiest Comebacks."  She reveled in its perfection:

If one will be remembered for a single remark, as the recently departed Lloyd Bentsen is, let it be for the perfect put-down. 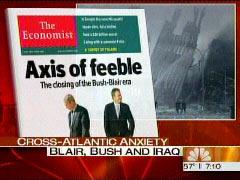 On May 24th, the L.A. Times printed the oddest Opinion Editorial on the subject of making English the national language. "American Spoken Here" was written by David Eggenschwiler, professor emeritus of English at USC, but I defy anyone to tell me what the thing was really about? (For article Click here) 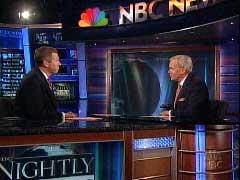 NBC brought Tom Brokaw back onto the NBC Nightly News on Wednesday to trumpet Al Gore’s “stylish and compelling movie” which “graphically describes the realities and consequences of global warming."

Ann Curry Gets Her Ego Stroked 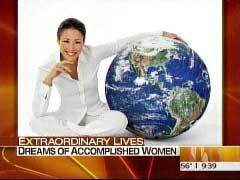 Hey got a new book? Want it featured on the Today show? Try putting Ann Curry on the cover! The new book Extraordinary Women: Fantasies Revealed was featured in the 9:30 half hour of this morning's Today show. The cover of the book happens to feature Curry actually embracing the Earth. Curry even appeared as a guest on the segment with the book's authors.

Good Morning America and Today weren’t alone in expressing their enthusiasm over the return of Al Gore to the public eye. At 4:30PM EDT on CNN’s The Situation Room, political analyst Bill Schneider not only promoted Gore’s new global warming documentary, An Inconvenient Truth, but a potential Gore candidacy for president, as well. Schneider gushed:

Wolf, the new Al Gore movie opens today. Is it a star is born or could it be a political star is reborn? Could this be Al Gore’s moment?

Schneider applauded the timing of the documentary’s release and claimed Truth is "not overtly partisan," before using clips from the film to slam President Bush over one of his "greatest failures." Pointing to Richard Nixon’s comeback win for the White House in 1968, Schneider seemed to express glee that history could repeat itself in Gore’s favor:

The women of The View are angry with the Dixie Chicks. Because of the group’s exploitative liberal politics? Because of their hollow claims of being censored? No. Apparently, it’s because the Dixie Chicks don’t think the ABC talk show is very hip. According to a Fox News report, band member Emily Robison said the following in the current issue of Time magazine:

Unsurprisingly, this angered the stars of the show in question. On the May 23 edition, co-host and future anchor of the Today show, Meredith Vieira described the situation this way:

Vieira: "First, you know, they alienate their fan base by going after President Bush. Now they have gone too far in Time magazine. We are furious! Furious!"

Imagine that Washington Post reporter Dana Milbank were profiling a Democrat who was as steadfastly liberal as Republican Sen. Jeff Sessions of Alabama is conservative. The column virtually writes itself. We can imagine the liberal described as "putting principle above expediency", "courageous," perhaps even "speaking truth to power."

But when it comes to a conservative such as Sessions, that same adherence to principle is cast in the most negative light. Consider these excerpts from Milbank's column of today, Forget Politics. This Battle Is Personal. which focuses on Sessions' stand on immigration:

On Tuesday, the New York Times published a delicate article attempting to calculate how much time Bill and Hillary Clinton spend together these days and whether their strange marriage will have negative impact on her ambitions to run for president, as some Democrats worry. (The Times headline called the subject a "delicate dance.") Only Democrats, aides, and friends were quoted. 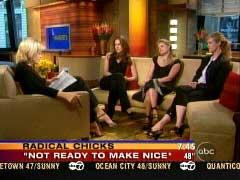 A half hour after championing Al Gore's "comeback" on Tuesday's Good Morning America (see this earlier NewsBusters item), the show celebrated the Dixie Chicks and their new album, treating them as victims for the negative reaction to the lead singer's 2003 charge, from overseas, that she was "ashamed" to be from the same state as President Bush.

Iraqi To Harry Smith on CBS: "Thank You America" 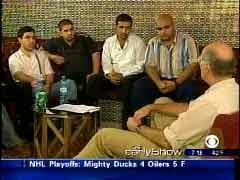 Once again Harry Smith reported from Baghdad for this morning’s Early Show. This morning, his focus was talking with ordinary Iraqis about their life during the war, and Harry Smith may have once again been surprised when he heard one Iraqi thank America and all Americans who supported the war for what they did for Iraq. Rene Syler opened this segment: 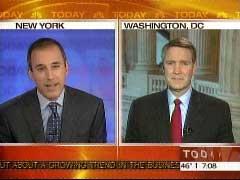 On the same morning that Katie Couric was twinkling and giggling over Al Gore in some flowery garden, her co-host Matt Lauer took another senator from Tennessee to task: Senate Majority Leader Bill Frist. Near the end of the interview, Lauer pressed Frist on how "critics" say his choice of legislative issues coming up shows he's "pandering to the conservative base" for a potential presidential campaign:

By BMI Staff | May 24, 2006 2:00 PM EDT
The Free Market Project is now the Business & Media Institute! To read more about this exciting step for our organization please visit http://www.businessandmedia.org/

Please add bmi@mail.businessandmedia.org to your safe sender list, to continue to receive the Balance Sheet.