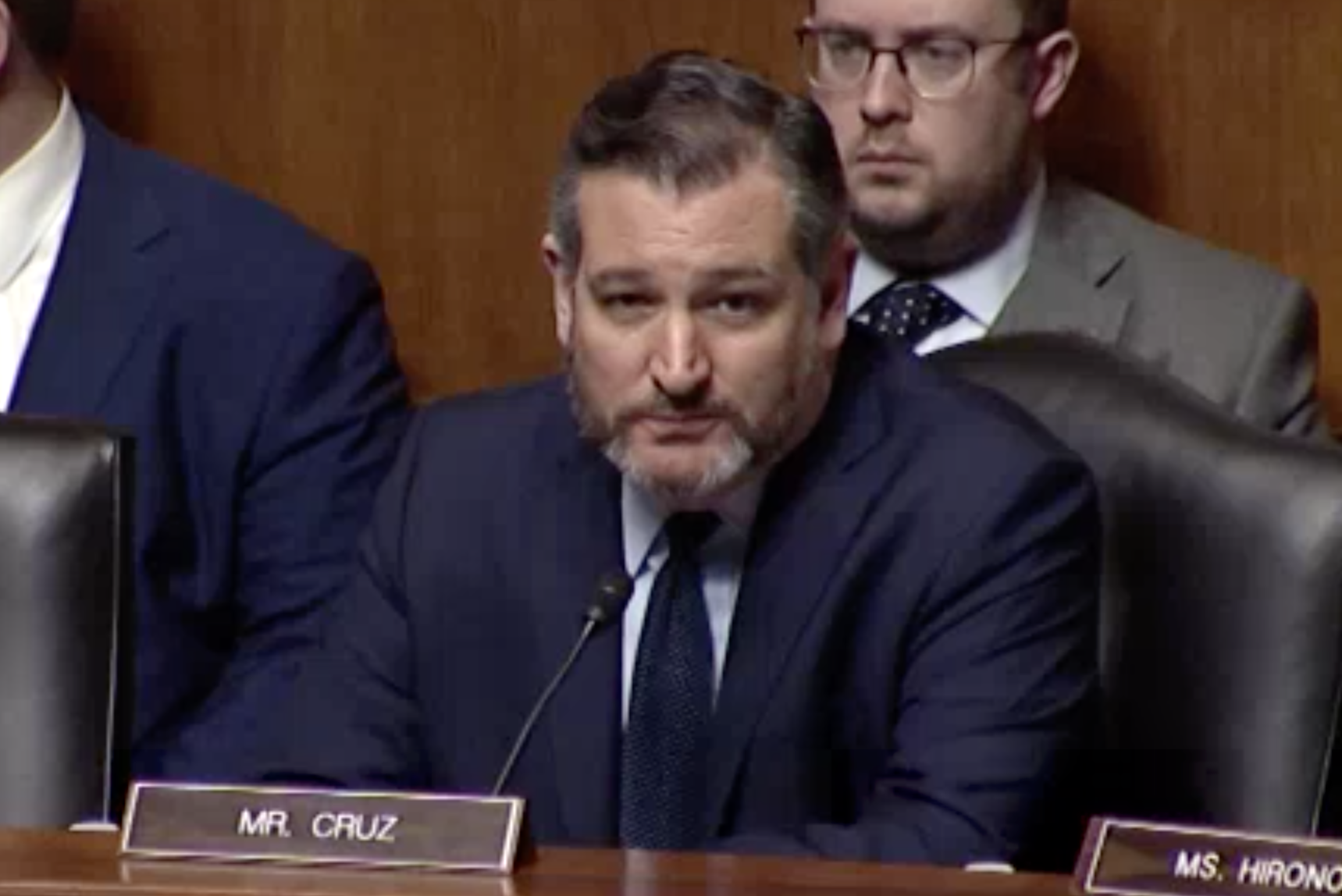 At the Senate Judiciary hearing on April 10, Republican senators went beyond establishing the liberal biases of Silicon Valley social media giants, and questioned the very idea of “hate speech.” Senator Ted Cruz proclaimed not only that banning “emotionally” harmful content is absurd, but that “None of us have a right to live in a world free of being offended.”

The hearing was titled “Stifling Free Speech: Technological Censorship and the Public Discourse” and featured representatives from two social media company representatives being questioned by Republicans and Democrats.

Senator Ben Sasse mentioned an incident where a pro-life post featuring a Mother Theresa quote was taken down. He asked “Do you believe that a pro-life position is tantamount to ‘hate speech?’” He predicted that under scrutiny they would say ‘no’ for the sake of appearances, but pressed further “Tell us what the debate looks like inside your company about hate speech and about extreme viewpoints... can you define ‘hate speech?’”

Facebook’s representative claimed that the company defines “hate speech” as attacks against “protected characteristics like race, gender, religion, nationality ethnicity, sexual orientation, as well as serious disability.” In politically-correct environment where honest facts are considered sexist, racist, or transphobic, the truth could be considered ‘hate speech.’ The representative continued, “we define attack to mean something like using words that are dehumanizing, calls for violence, contempt or disgust, exclusion or segregation.”

Of course, conservatism is based around Natural Law, which can be considered exclusionary by inclusion-obsessed liberals. Saying men and women are fundamentally different and should use different restrooms based upon their natural sex could be considered “segregation” by Facebook’s liberal standards.

Senator Cruz later called back to this interchange, saying he found it curious how Facebook’s representative omitted gender from the list of protected characteristics. Misgendering has been considered a bannable offense on places like Twitter and "transphobia" itself is the one of the newest identity-politics related hysterias.

Cruz also cited Facebook’s refused to answer whether it considers Christian views on marriage,specifically being against same-sex marriage, to be hate speech. He followed this by observing how Facebook, in its own words is “committed to removing content that encourages real world harm including but not limited to … physical financial or emotional injury.” Cruz described the idea of banning emotionally hurtful speech as a “nebulous” standard.

Cruz followed by giving an example from his own family history of how hurtful conversation should not be banned:

My family, my aunt was imprisoned and tortured in Cuba by Castro’s goons. In terms of emotional injury, I find it offensive... people who praise Fidel Castro as a 'man of the people' and yet I would wager a thousand dollars that Facebook does not consider language praising Fidel Castro as ‘hate speech,’ even though for families that have suffered and been tortured at his goons’ hands, that causes emotional injury. Do you agree with me?

Cruz hammered home his point that “None of us have a right to live in a world free of being offended.” Although in a free country like America “We do have the ability to argue against it. So if someone defends Castro as a man of the people I’m more than happy to have that conversation with them. But silencing voices we disagree with is qualitatively different.”