One U.S. politician is challenging the media to accurately report on a bill he hopes will show the “humanity of the unborn.”

Following the press conference, Rep. Franks spoke with MRC Culture about how he wished media would cover the event: by reporting that Americans can agree on this legislation.

“I would simply want them to say that even though Americans are divided on the abortion issue, when it comes to protecting pain-capable unborn children that have reached the beginning of the sixth month, that we should all have the humanity to come together on something of that clarity and significance,” he urged. “That I hope this bill will demonstrate the humanity of the unborn and the inhumanity of what’s being done to them.”

But he wasn’t confident that reporters would accurately cover the legislation.

“If the media will do that, they will have done their job,” he added. “I’m afraid that that will be a rare occurrence.”

Rep. Franks pointed to two “great challenges in the life movement.” The first, he said, was a lack of knowledge.

Citizens “simply didn’t know how real these little babies were, how human they were, how much they looked like babies, that we could take their fingerprints at 10 weeks and identify them at 50 years,” he said. “So there’s a lot of ignorance that occurs.”

He referenced Henry Hyde, the American politician responsible for the Hyde Amendment, which bars federal funding for abortion except in cases of rape, incest or to save the life of the mother.

“And it’s sort of an invincible ignorance that Henry Hyde spoke of, somewhat almost a deliberate ignorance,” Rep. Franks added.

But 5-year-old Micah challenged that narrative. “When Micah stands there,” he continued, “you can’t ignore him. He’s as real as it gets.” 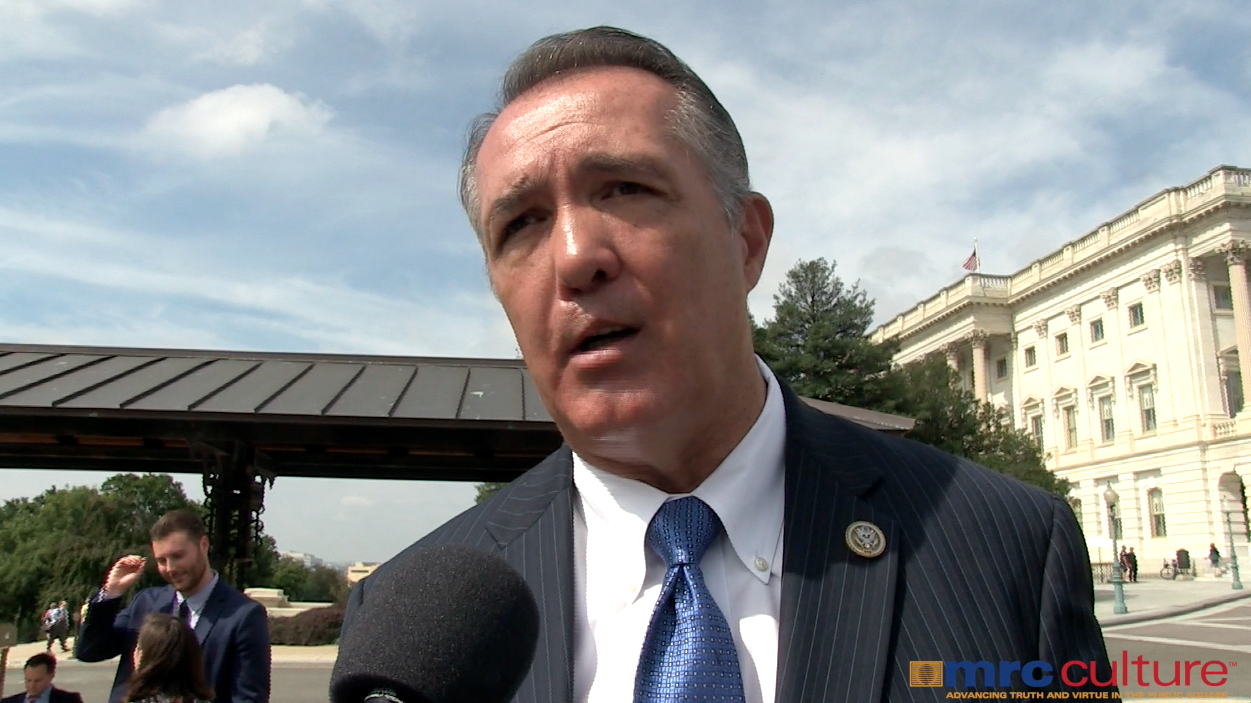 The second of the two challenges was the left, he said.

“[T]he left is willing to, for some horrifying reason, to simply deceive the people on the reality that we’re dealing with here,” he said. “And to try to write a different narrative and take their focus off of anything that points to the child.”

While he acknowledged the complexity of women considering abortion, he highlighted that women deserve better.

“I understand that mothers are in a great challenge in these circumstances and my heart is so deeply with them,” he said. “But there’s nothing liberating about taking the life of a child. It doesn’t liberate the mother. It only puts her in a deeper heartache in the long run.”

He concluded by encouraging Americans to see abortion for what it is.

“I’m convinced that if America will look at this as it is, and say ‘Okay, what’s the real question here? Does this thing kill a baby or not?’ If it doesn’t, then okay, it’s no big deal,” he concluded. “But if it really does kill a little helpless human baby, and it’s done that 60 million times now, isn’t it about time we changed direction?”

Rep. Franks introduced the pain-capable bill back in January. An advocate for the lives of babies both unborn and born, he proposed legislation to aid British infant Charlie Gard in July.