By BMI Staff | May 17, 2006 2:00 PM EDT
The Free Market Project is now the Business & Media Institute! To read more about this exciting step for our organization please visit http://www.businessandmedia.org/

Please add bmi@mail.businessandmedia.org to your safe sender list, to continue to receive the Balance Sheet.

For Love of Money

By Amy Menefee | May 17, 2006 2:00 PM EDT
Medias suspicion of and disdain for The Rich continues with Congress extension of tax cuts.


Tax Cuts Once Again Favor the Wealthy
Networks fixate on tax cuts for the rich while ignoring exploding tax revenues.

Richard Stengel, a former adviser and speechwriter for presidential candidate Bill Bradley, has been named the Managing Editor of Time magazine. Stengel has written and edited for the magazine in the past and has a long history of attacking Republicans and conservatives. The Media Research Center has been documenting his bias through the years.

By Greg Sheffield | May 17, 2006 11:09 AM EDT
On Tuesday's "Special Report with Brit Hume," the "all-star" panel of Mort Kondracke, Mara Liason, and Fred Barnes discussed how the new White House press secretary, Tony Snow, did on his first day. There was also a clip of Helen Thomas badgering the new press secretary on a phantom issue.

BRIT HUME: All right. When we come back with our panel, how did Tony Snow do in his first outing in front of the full press corps under the lights? More with the all-stars after a break.

Future Shock: Only 1 in 4 Young People Can Name All 4 Broadcast Networks

In a cautionary signal for the future of American media, an online poll conducted by Bolt Media indicates some interesting changes in viewing behavior as a result of the Internet. AdAge.com reported on Monday (hat tip to Drudge): “Only one in four 12- to 34-year-olds can name all four major broadcast networks: ABC, NBC, CBS and Fox."

The poll also asked what respondents’ favorite activities were. The number one answer? “That would be surfing the Internet, which 84% said they did during their idle periods.” By contrast, TV viewing got a 69 percent response. Their favorite TV Networks:? “Fox, Comedy Central, ABC, MTV and Cartoon Network.”

The article continued: “‘There's a massive movement going on in people under 30 and how they spend their media time,’ said Bolt President Lou Kerner, who once upon a time was a cable analyst on Wall Street before leaving to run TV.com and then Bolt. ‘Our audience spends lots of time on net, creating their own media.’"

Kerner believes this is a sign of a significant change in media usage habits: 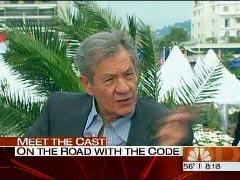 If "The Da Vinci Code" was already feeding the flames of controversy with its challenge to the basic tenets of Christianity, actor Ian McKellen managed to pour a refinery tank's worth of gasoline on the fire on this morning's 'Today' show, asserting that the Bible should carry a disclaimer saying that it is "fiction." Video: Wi

Jonah Goldberg: Reuters Can't Be Sure About 9-11 Perps?

Jonah Goldberg complained on The Corner:

I'm sorry, but this really makes me furious. Reuters, after five years and Osama Bin Laden's videotaped admission, still uses locutions like this to decribe the 9/11 attacks:

Props to Bill O'Reilly for nabbing DNC chair Howard Dean for a lie he aired on last night's episode of the The Daily Show With Jon Stewart (Mon. May 15, 2006) (video at Expose the Left). Said the dippy Dean:

"Here's the big difference between us (the Democrats) and the right-wing bill that passed the House with the President's support: This is a President who can't find a six-foot-four Saudi terrorist. How's he gonna find 12 million undocumented people and send them all back across the border? That's what he wants to do."

The truth, as Bill pointed out in his "Ridiculous Item of the Day" tonight (Tue. May 16, 2006), is that President Bush has never advocated finding and "sending back" illegal immigrants by the millions. The President made this perfectly clear in his address last night: 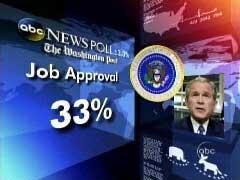 Tuesday's CBS Evening News devoted a story to how all three phone companies -- BellSouth, Verizon and AT&T -- denied they supplied the NSA with massive records of numbers called by their customers, as charged in a Thursday front page USA Today story which led to an ongoing media firestorm.

Anti-Bush Producer Back on the Job at ABC

John Green, the ABC producer who became somewhat notorious for his statement that President Bush "makes me sick," is now back on the job according to the New York Post:

He's baaack! Weekend "Good Morning America" executive producer John Green - suspended more than a month ago after partisan e-mails and voice messages denouncing President Bush and claiming Madeleine Albright had "Jew guilt" were leaked to the media - has returned to his post a changed man. Insiders say he is "tanned, rested and ready, and boasting he's 15 pounds lighter after a month of suspension and 'vacation' in Europe." Green urged the staff to "take all of their vacation time this summer because it's so good for the mind and body."

"There was a terrific late night out at the 72nd Street Boat Basin to celebrate his return," a TVNewser tipster adds. "And he got a big ovation at the morning meeting."

It was a Greenie love fest on this morning's Today. First Today show viewers were treated to Al Gore wishing Katie a fond farewell, video which featured an early 1990s clip of Couric actually giving him dance lessons in the White House. Then at the end of the show Ann Curry promoted Sting’s annual rainforest concert with his wife Trudie Styler, complete with this promotion of global warming: "To also remind people, I mean, most scientists really agree that if we don't protect this band of rainforest in the middle part of, lower middle part of the Earth that we will, could affect the environment in a dramatic way. Some now, there's a lot more debate now today about climate change and more concern about the environment. You've seen this go up and down, the interest and the political wave of it. Where are we now and how hopeful are you that people will be able to talk about this, do something about?"