Starbucks Serves Transgenderism With Their Coffee in New Commercial 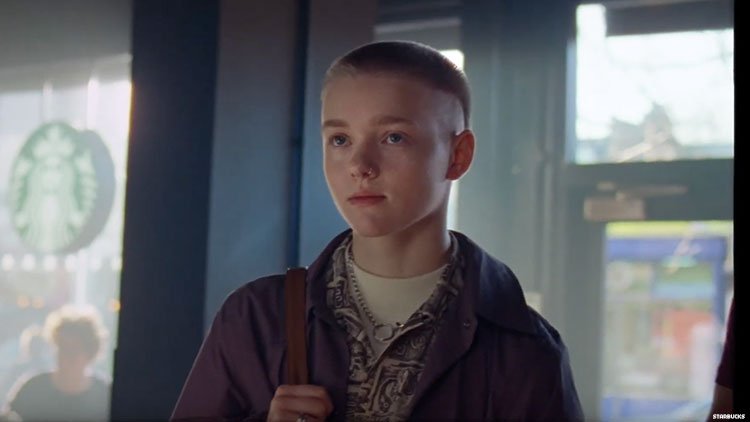 In the endless steamroll of multinational “woke” corporations pushing the transgender agenda, a new Starbucks commercial in the United Kingdom that has gone viral pushes the transgender narrative using a coffee cup and a barista.

It begins with a transgendered character born with the name "Gemma." Gemma is "transitioning" to a “male” and intends to be called, "James." Her birth name of "Gemma" is still listed in public records so that is the name she is referred to by. Her father also introduces her by the name he has always known her by. But the new gender ideology does not allow people to react in ways that are natural to human beings. It allows no forgiveness for the crime of "misgendering." (In the U.K., a young man with Asperger’s was literally charged with a “hate crime” for asking a trans person if they were a man or a woman.)

At the end of the commercial, the trans character walks into a Starbucks and makes an order. The barista asks her name and gives her a coffee cup with the name she states, “James.” In this sense, the commercial asks the audience to suspend disbelief in more ways than one. As Vice magazine pointed out, "A Starbucks barista getting your name right… when has that ever happened to literally anybody??"

Trans activists everywhere praised the commercial while the New York Post, USA Today, and BuzzFeed News all called the ad "touching." BuzzFeed News also pointed out that Starbucks has been in hot water lately for insufficiently adhering to trans demands. (Some Starbucks employees have been accused of, among other things, “misgendering” trans co-workers. So, you are a bigot if you “misgender,” but you can also be arrested if you ask a trans person to clarify their gender when you don’t know it. It’s hard to keep up.)

Starbucks CEO Howard Schultz has long been an advocate of the LGBT agenda, going so far as to tell same-sex marriage opponents that they could sell their shares in his company. His company also supports Planned Parenthood and other left-wing causes.

Personally, I prefer the response of a Dunkin Donuts executive when someone asked him if his company would ever get political: “We are not [S]tarbucks, we aren’t political — we aren’t gonna put stuff on our cups to start conversations....It’s donuts and ice cream — just be happy.” If only more companies respected customers that way.