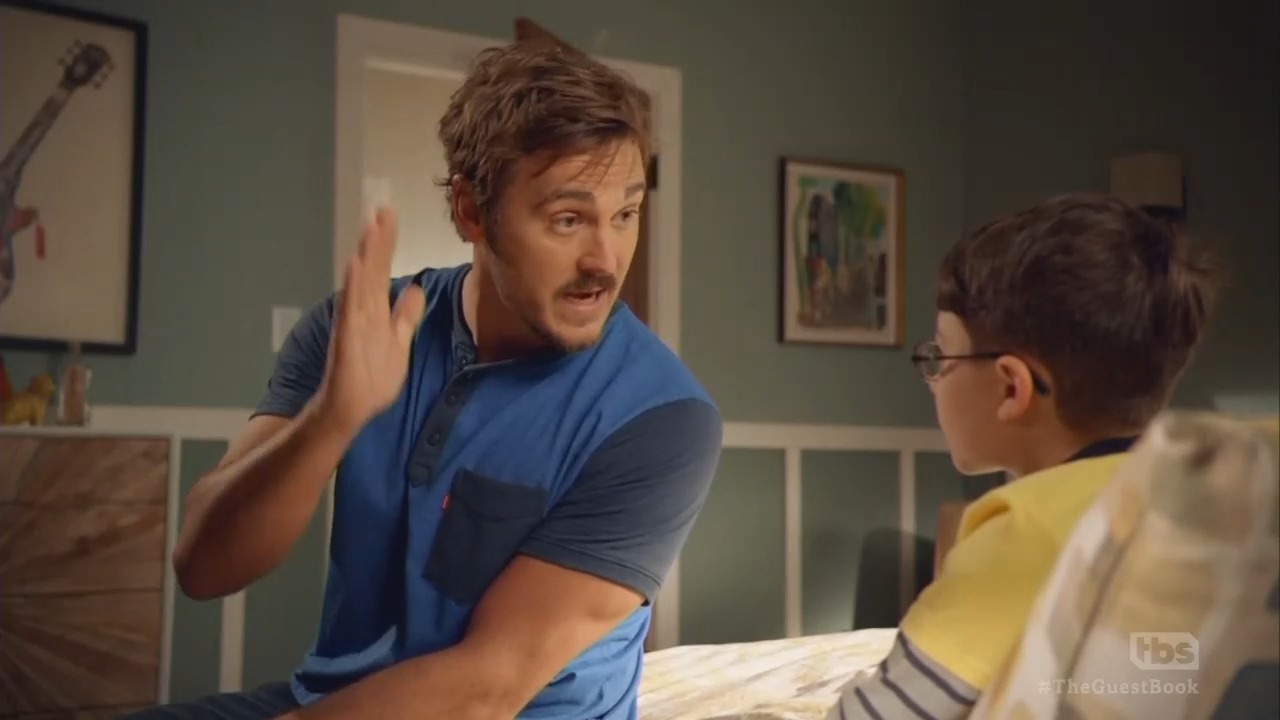 TBS’s comedy The Guestbook decided to take a jab at Christianity, specifically the existence of Jesus, in Tuesday’s episode, “Tonight You Become a Man.”

The show centers around a beach house that various visitors rent out each week, as well as a recurring cast that lives and works at the beach. Two of those characters, Eddie (Eddie Steeples) and Bodhi (Jimmy Tatro) unknowingly take off in Bodhi’s van with Sam (Antonio Raul Corbo), the child of the current guests at the beach house, sleeping in the back.

After Eddie and Bodhi discover Sam, they end up discussing ghosts and Santa Claus, leading Eddie to tell Sam that Santa is “bullshit.” Bodhi slams on the breaks and asks to speak to Eddie outside, where he tells him he can’t tell a child that Santa isn’t real. While they’re arguing, Sam sneaks out of the van and runs away. (Yes, this show is usually this weird.)

Eddie: Kid? Where are you?

Eddie: If his parents are religious, he still has all the Jesus bullshit to keep him on the straight and narrow for a while.

Bodhi: Wait a second. There's no Jesus? At what age do they tell you that?

Yes, both characters aren’t the brightest to say the least. But we all know how liberal Hollywood loves to insert their agenda into shows such as these, no matter who delivers the lines. Especially any show that runs on Ted Turner’s network.

Perfect time for them to practice anti-Christian bigotry as we near the celebration of Jesus’ birth at Christmas, too. #sarcasm Someone might want to enlighten them that even if they don’t believe that Jesus is the Son of God, they can’t deny that He exists, as it’s historically documented that He did. It’s a fact they can’t deny, no matter how hard they try.