Hypocrisy Hit of the Day

No doubt you've seen countless examples of newspapers pining for open government, sunshine laws and freedom of access to court documents. That's fine when you're a journalist chasing evil corporations and big government, but as we all know journalists don't play by the same rules as the rest of us.

The Missoulian was caught cheating their carriers out of money rightfully owed. No one doubts that -- they have settled in the class action lawsuit. But don't bother asking by how much they cheated their own employees, the enforcers of transparency won't talk about it. One might then ask a carrier, but the terms of the settlement are confidential. A good reporter would then turn to the court documents but the newspaper "also took the unusual step of requesting that the entire court file be sealed, which request the court granted."

How can we know if the carriers are making "a living wage?"

Valerie? Joe? Are you listening? Let me offer some well-intentioned advice. When liberal Larry O'Donnell - he of the infamous anti-Swifty meltdown - goes on Keith Olbermann's Countdown and calls your lawsuit 'very weak' and even the Olber-meister himself won't ride to your defense, it's time to fold your tent, toss in your hand, throw in the towel and quietly slink away. This has to go down as the biggest busted flush of a lawsuit-cum-publicity stunt in recent memory. What's next? Val and Tonya Harding in a pay-per-view steel cage match?

Let's put it this way. Zinedine Zidane would have a better shot suing Materrazi for bruising his forehead with his chest. 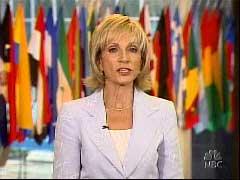 As if the incursions into Israel by Hamas and Hezbollah, and subsequent counter-attacks by Israel and now escalating efforts by Israel to fight back with bombings inside Lebanon, are somehow the fault of the Bush administration, on Thursday's NBC Nightly News reporter Andrea Mitchell asserted: “Critics in both parties say the administration has been so focused on Iraq and Afghanistan, it has failed to pay enough attention to the conflict betwe

Valerie Plame Wilson, Ambassador Joseph Wilson and their counsel, Christopher Wolf of Proskauer Rose LLP, will hold a news conference at 10 AM EDT on Friday, July 14 at 10:00 AM at the National Press Club, 529 14th St. NW, 13th Floor, Washington, DC 20045, to announce the filing of a civil lawsuit against I. Lewis "Scooter" Libby, Vice-President Richard Cheney and Karl Rove.

Quiz time: When is a political ad that features pictures of deceased, flag-draped American heroes controversial? Apparently, the answer is only when Republicans produce such a commercial. The Democratic Campaign Committee has posted a 60 second spot on their Web site, and it shows images of the coffins of American military personnel, as well as a soldier standing in front of a makeshift grave marker. (Update, 5:40pm EDT July 14: The ad has now disappeared from the DCCC Web site, replaced by one calling for a hike in the minimum wage.)

By Ken Shepherd | July 13, 2006 3:02 PM EDT
Reporter omitted the fact that activist group WakeUpWalMart.com was the source of a NY Times article publicizing the retailer's softened stance on shoplifting.

CBS Serves Up Some Whine with Global Warming

That's what CBS would have you believe as it picked up on a new study arguing pretty much that global warming will wipe out 80 percent of America's vineyards. But other global warming believers doubt the study's conclusions and vintners argue they can keep producing wine in warmer climes with improved technology.

For my full article, click here. Below is an excerpt:

By Warner Todd Huston | July 13, 2006 2:05 PM EDT
There was an amusing story going around right after Nixon's re-election in 1972. As the story goes a New York columnist wondered how Nixon got re-elected as that Columnist had never met anyone that voted for him. This is the same sort of hermetically sealed bubble in which writer for Fortune magazine, Marc Gunther, seems to live. A nether world where everyone he meets is homogeneous, all having the same opinions, influences, and pastimes.

By Greg Sheffield | July 13, 2006 1:31 PM EDT
Much has been made of Ann Coulter's remarks on 9-11 widows. Her remarks about a few activists who tried to score political points against Bush were not an indictment of all 9-11 widows like that done by liberal cartoonist Ted Rall on Feb. 28, 2002. The five-panel cartoon included phrases such as:

"Of COURSE it’s a bummer that they slashed my husband’s throat. But the worst was having to watch the Olympics alone!"

You may wonder whom exactly the New York Times defines as "heroes," but in this instance they say it is U.S. military veterans. It is a salute to all those soldiers who manage to stay alive despite the actions of the New York Times to give tips to terrorists on how best to fund roadside bombs.

iMedia Connection reports that blogs are becoming more mainstream and that a true "democratization" of content has ocurred, where what people hear as fact no longer comes from a few large media outlets.

Record numbers of people are now visiting blogs, proving that blog visitation is now part of mainstream online behavior for many internet users.

On Tuesday night’s “O’Reilly Factor,” host Bill O’Reilly and guest Laura Ingraham had a marvelous time tearing apart The New York Times (video link to follow). During the discussion, Ingraham pointed out something that many Americans now feel about the Old Grey Lady:

Well, I think that they truly believe that America is the single biggest danger to the modern world.

I don't think, Bill, that they believe that they have a dog in this terrorism fight. I think they think it's a fight between two groups of fundamentalist, the fundamentalists who are the Islamists. They don't much care for them.

But then the fundamentalists in the Bush administration, who have this messianic view of the world that they can make the world in their own image. And I think they're more petrified of the Bush fundamentalism, as they refer to it, than they are the Islamists.

Yikes. That about says it. O’Reilly then asked a pivotal question: 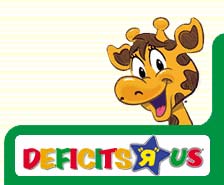 President Bush announced some great news about the economy Tuesday, but the media weren't in any mood to celebrate. Though the budget deficit for 2006 looks to be significantly lower than forecast just five months ago, TV news outlets were quick to rain on the president's parade.