UPDATE: Ana Navarro responded to this story on Twitter, deflecting once again from the conflict of interest problem and instead spewed a "false accusation" against the president. Navarro said: "Damn right, I donated to @JoeBiden. I want a President who believes in science and doesn’t suggest Americans ingest Lysol. Let me remind you, the so-called 'Republican President' donated to many Democrats, including Pelosi & Hilary, a guest at his wedding...3rd one. #Hypocrites."

Lead Stories, a fact-checking outlet run by former CNN employees, "determined that President Donald Trump did not tell people to inject themselves with disinfectants to cure the coronavirus." The fact-checker found the claim to be a “false accusation.”

Lead Stories' piece on the matter was literally headlined, "Fact Check: Trump Did NOT Urge People To Inject Disinfectants To Thwart Coronavirus.” 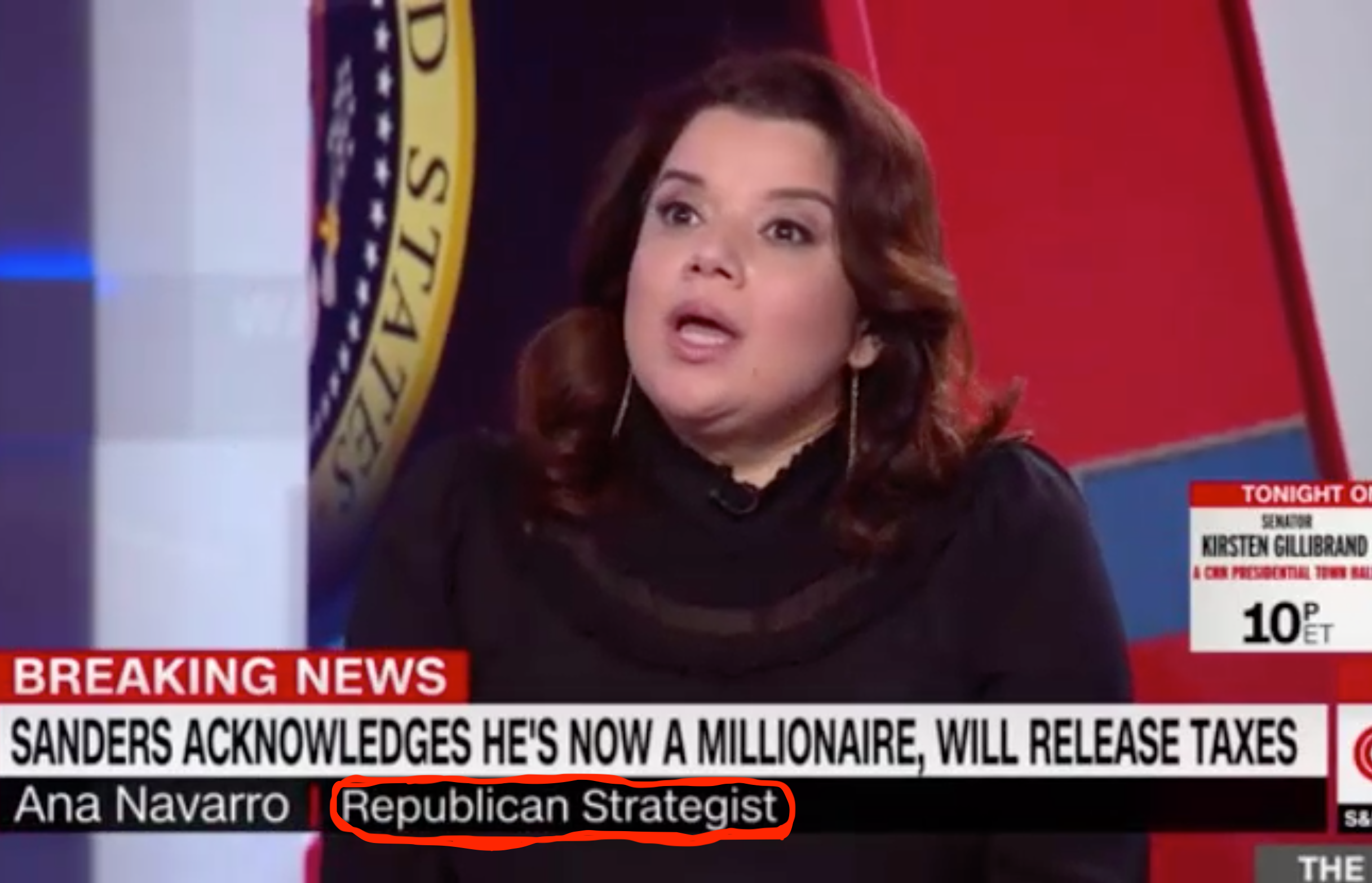 Federal Election Commission records show that Navarro contributed $250.00 February 29 to Biden. Three days before the recorded donation, Navarro said on Twitter: “Oh, Jesus. He is pure decency and empathy. I love @JoeBiden.” The “Republican Strategist” loved Biden so much she was willing to throw cash into his campaign three days later.

CNN continues to label her as a “Republican Strategist” on her CNN profile, still attempting to prop up that suspect label even in the face of this potential conflict of interest.

Navarro stated she would vote for a “potted cactus” over President Donald Trump, also confessing to Tapper she would not be voting in the Democratic Party primary because she’s still a registered Republican. But she did say she “could enthusiastically support” Biden amongst other candidates.

Navarro also donated $250 to Sen. Martha McSally [R-AZ] Democrat challenger Mark Kelly (D) January 17. This came as Navarro made an open call on Twitter the same day of the donation blasting McSally for calling out CNN’s Manu Raju as a “liberal hack.” Navarro made an appeal to her followers to donate to Kelly’s campaign, vowing that she had done the same: “Join me in donating to @ShuttleCDRKelly’s campaign. markkelly.com.” On her donation record to Kelly, she listed CNN, ABC and Telemundo as her employer.

Navarro also donated at least $361.14 to failed presidential candidate Sen. Kamala Harris (D-CA), back in July, 2019. In response to reporting on Navarro’s donation to Harris, Navarro took to Twitter in an attempt to deflect away from the conflict of interest:

Oh, no. I’ve been caught! I bought shirts from @KamalaHarris website to give to young women in my life, so they know little girls of color can grow-up to be Presidential candidates or anything else they dream. My god-daughter, Julia & sister, Gloria, wear them proudly. 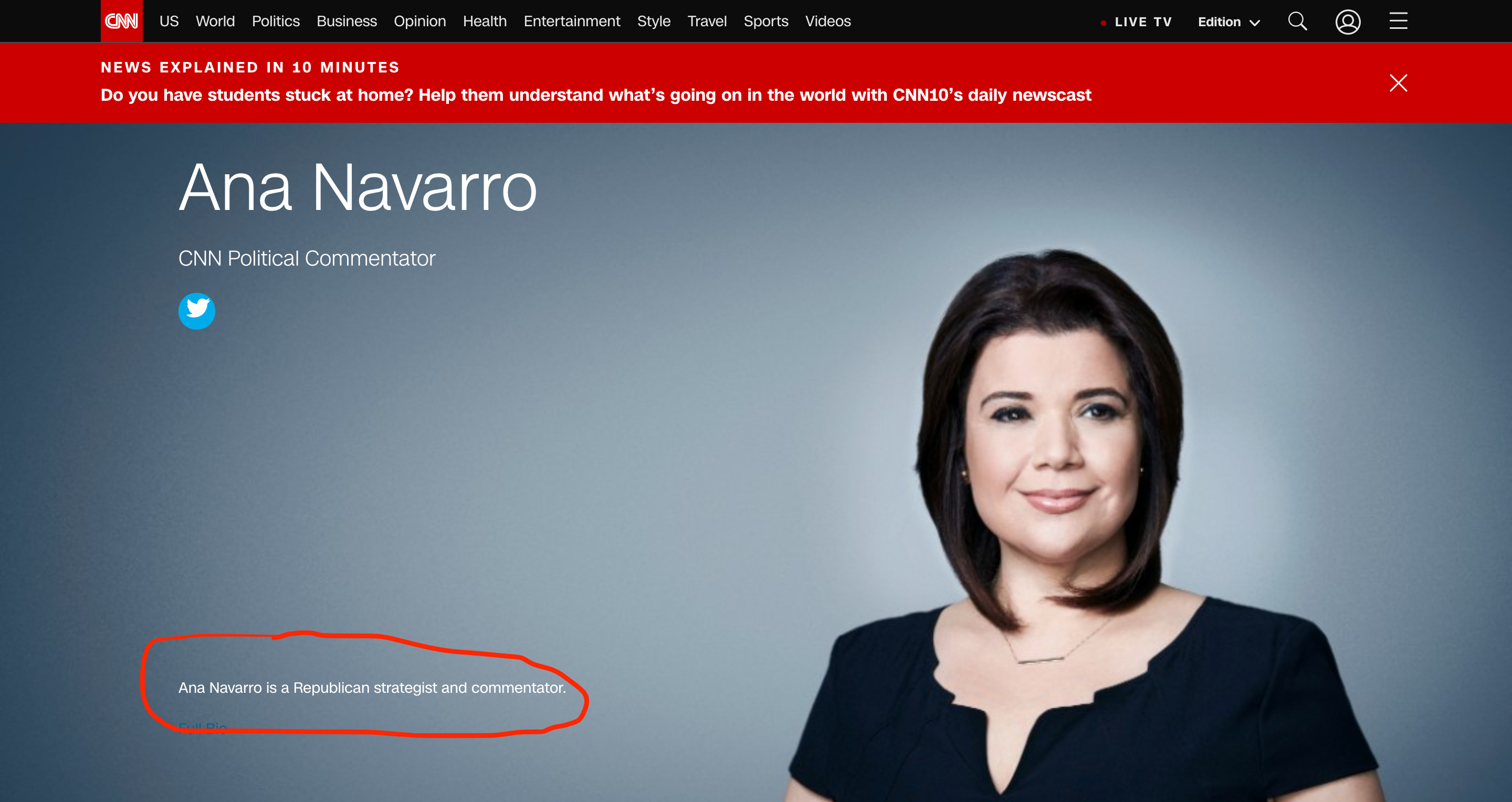 When reached for comment, CNN responded that their political commentators support a variety of candidates and talk about their support online and on television. CNN also said their commentators may donate time or money to the causes and candidates they care about.